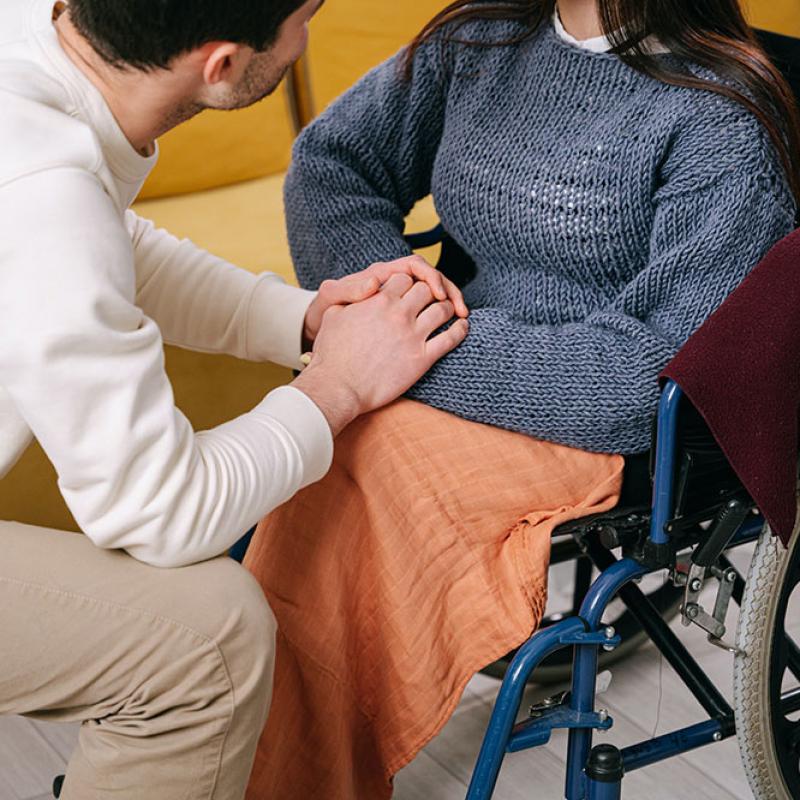 What services does the Board provide?

The Lucas County Board of Developmental Disabilities is responsible for: 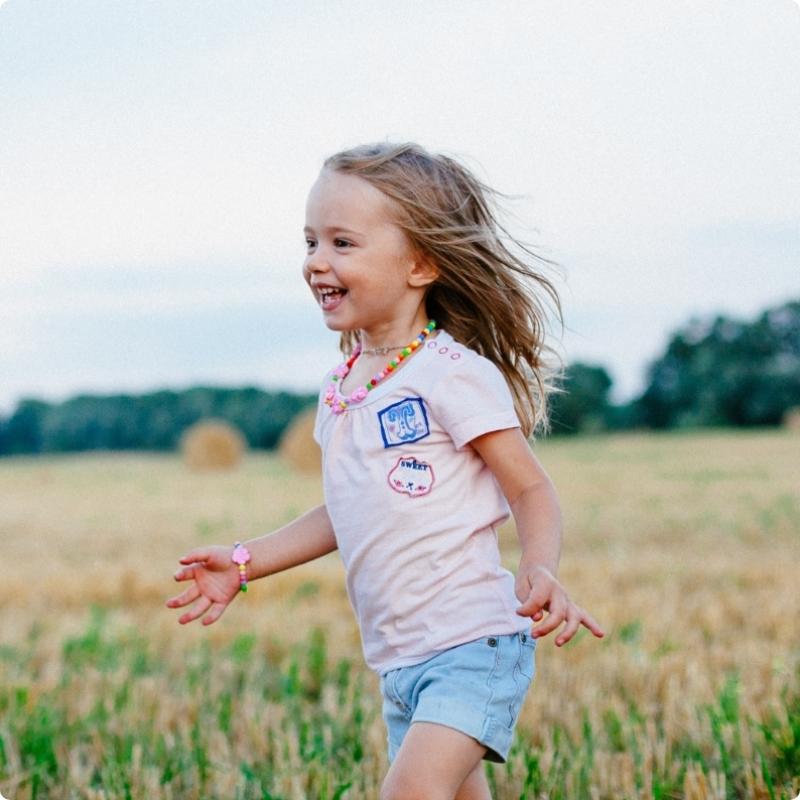 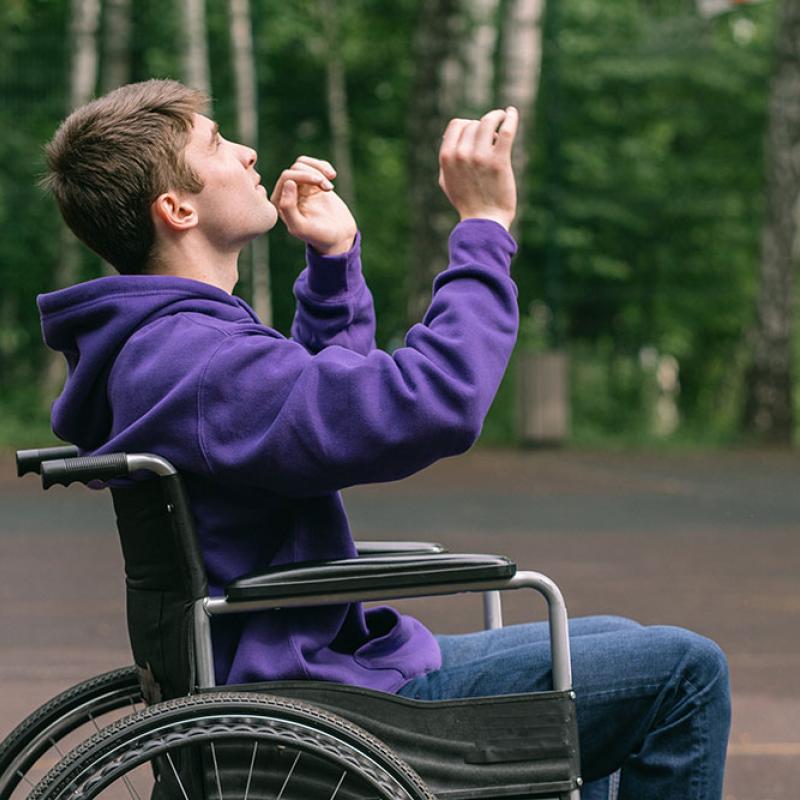 How should I write or speak about people with disabilities?

Keep in mind that people have differing opinions about what they personally would like to be called, so if you’re able to ask someone their preferences, then do so.

If you’re talking about groups of people or individuals for whom preferences can’t be determined, the Board advocates the use of person-first language.

What does “person-first language” mean?

Person-first language reflects the dignity of people with disabilities. It includes words that put the person first, rather than the disability.

Think people first. Use “a woman who has a disability” rather than “a disabled woman.”

Never refer to a person as “confined to a wheelchair.” Wheelchairs enable people to escape confinement. A person with a mobility impairment “uses” a wheelchair.

Try to describe people without disabilities as “typical” rather than “normal.”

Avoid words like “unfortunate,” “afflicted” and “victim.” On the other hand, try to avoid casting a person with a disability as a superhuman model of courage. People with disabilities are just people, not tragic figures or demigods.

A developmental disability is not a disease. Do not mention “symptoms,” “patients,” or “treatment” unless the person you’re describing has an illness as well as a disability.

Use common sense. Avoid terms with obvious negative or judgmental connotations, such as “crippled,” “deaf and dumb,” “lame,” and “defective.” If you aren’t sure how to refer to a person’s condition, ask. Furthermore, if the disability is not relevant to your conversation, why mention it at all?

Are there exceptions to this person-first language recommendation?

People with disabilities have the right to choose what they would like to be called. As such, some communities discourage the use of person-first language and advocate instead for identity-first language. Two examples are autism and deafness.

Members of these communities recognize that their disabilities are central to their identities. They therefore prefer the use of identity-first language such as “autistic person” or “deaf person.” 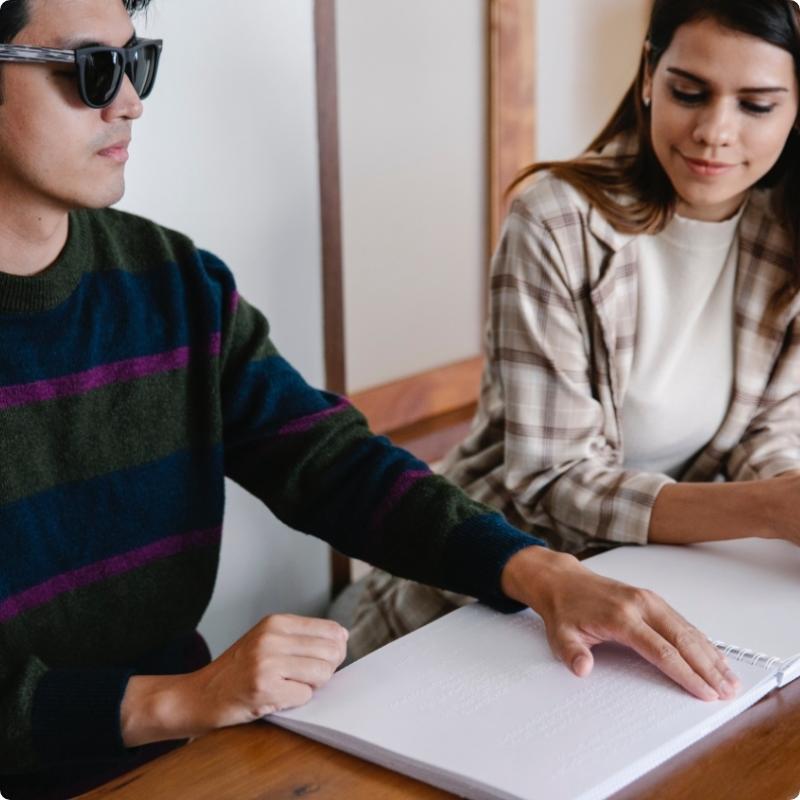 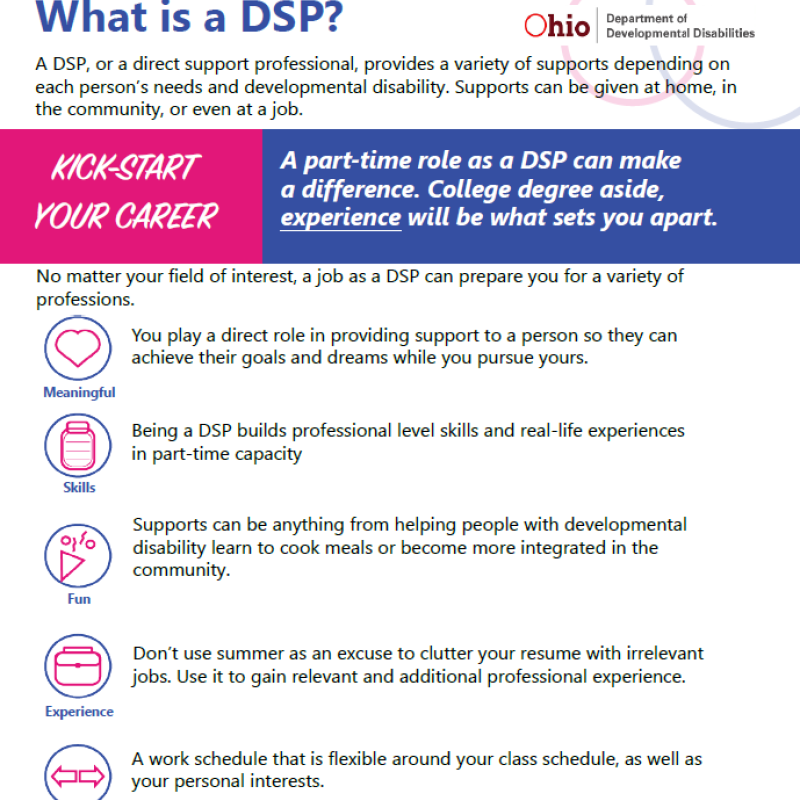 What is a service and support specialist (SSA)?

A service and support specialist (SSA) works for a county board of developmental disabilities and acts as the main point of coordination and contact for the services and support you need. He or she is assigned to you and acts as your trouble-shooter, problem-solver and advocate.

Why would I want an SSA assigned to me?

There are many reasons why you would want an SSA to be assigned to you:

What will my SSA do once he or she is assigned to me?

You can expect your SSA to:

What is an individual service plan (ISP)?

An individual service plan (ISP) is the written description of services, support and community resources available to you. Your SSA helps you and the rest of your team decide which services and support to put in your ISP for these areas of your life:

Who makes up my team?

Your team is a group of people who gives you support to develop and change your ISP. Your team includes your SSA, people with whom you work, providers, professionals, your guardian (if you have one) and any other people you choose to help support you. In thinking about the people you want to include, consider those you know and trust, such as family members, friends and others who have your best interests in mind. Your SSA can help you decide who you want on your team and who you want to invite to meetings about your ISP.

What role does natural support play?

Natural support comes to you from your personal relationships. You do not pay for it, and it’s usually provided by a family member, friend, neighbor, or other person or organizations that also do the same thing for other people who live in your community. Your SSA makes sure that your ISP includes all your services and support, no matter who provides it, who pays for it, or if it is a natural support or a service that is not covered by a Medicaid waiver.

What is person-centered planning?

Your SSA will help you and your team use a person-centered approach to develop, review and change your ISP. Person-centered means that everything centers on you and what you say. You get to share what you think about things other team members say. You get to speak up about the things that you want your team to know and what you want to have in your ISP. Your SSA will help you develop or change your ISP after listening to you explain what you need, how you would like things to be in the future, your interest in school or a job, what you think is working and not working well for you, and other things that are important to you.

Can my SSA help me have different things in my life in the future?

Want to stay up-to-date? Get the Friday Update! Sign Up